In November of 2009, my boyfriend passed away suddenly due to cardiac arrest. He was 27 and I was 28. A month later, I found out that I was pregnant. My first thought was that I would have to terminate the pregnancy. Actually, my first through three billion thoughts was that I had to get an abortion. I remember laughing hysterically, thinking, “How could it get any worse? I’m going to have to get an abortion.”

I never wanted kids. I was never a kid or baby person and the last thing I wanted was to give birth to a child I couldn’t care for. The thought of doing it alone seemed impossible – physically, emotionally and financially. A friend of mine referred me to Pregnancy Center North (PCN) because I had absolutely no idea what to do.

In my 28 years of life, I had never encountered what happens after you see the positive test result. I spent the first 3 days of knowing I was pregnant devastatingly ill from morning sickness and grief. On the third day I went to PCN. I walked in expecting information on terminating the pregnancy, or possibly having the procedure right then. I did not consider keeping the baby, or even giving it up for adoption. I was so sad, scared and confused that I don’t really remember much from my visit except receiving encouragement to keep the baby. I felt that telling anyone that I was pregnant would lead to negative reactions. It shocked me that I wasn’t told how irresponsible I had been, or that I was going to ruin both of our lives if I actually went through with the pregnancy, especially since I felt like I had done something wrong, something for which I should have been ashamed.

They gave me a little pin of tiny baby feet, which I still have. I kept the pin in my car throughout my pregnancy, next to my boyfriend’s prayer card from his funeral. I couldn’t stop thinking about the size of the little thing growing inside of me. How could I kill something that already had feet? And tiny little toes. I left still set on having an abortion, but my visit to PCN planted a seed that maybe termination wasn’t my only option.

I watched the movie Juno that night and fell asleep thinking that even if I couldn’t take care of the child, I could still go through with the pregnancy and give him up for adoption. Even at that time I knew I was carrying a boy. I woke up the next morning feeling better physically and came to the conclusion that my body was completely and utterly against terminating the pregnancy. It was only out of fear that I wanted an abortion, and because of the stigma of single mothers and fatherless children, which was and always will be in the back of my mind.

I tried to warm to the idea of adoption, but it seemed like such a cruel thing to do to my boyfriend’s family. How could I make them watch me waddle around, knowing that the last part of their son, brother, or nephew was in there and would be turned over to complete strangers? I also, deep down, didn’t want to give up what I knew was my own flesh and blood, and my boyfriend’s baby.

In the end, I chose to keep him. It took a total of seven days for me to decide to keep him. He has been a constant source of inspiration and motivation for me. No matter how down I have felt or feel, Tommy is always there. There is no “I can’t do it,” or “I’m not getting out of bed today.” He is so sweet and happy. He started crawling at five months old and by six months he could climb all the way up the stairs on his own. At nine months he was walking AND running. By one year old, he could say over 20 words. He is now two years old and has a vocabulary of over 400 words. His doctor told me that he is going to make us all famous someday. He is gifted emotionally, physically and vocally. He is advanced in everything – except potty training!

If I had walked into PCN and been handed an abortion on the spot, I would have made the biggest mistake of my life. He is such a blessing, and I don’t know what I would’ve done without him. He has helped to heal a lot of broken hearts and I am grateful every day that I chose to follow my heart.

Sue, an attractive 38-year-old woman, came to Pregnancy Center North seeking pregnancy confirmation so she could go elsewhere for an abortion. Her then-boyfriend did not want the baby and Sue didn’t think she could possibly raise a child alone. She already had two grown children with developmental difficulties, (ages 22 and 18), and their father, her (late) husband had passed away from cancer.

To add to the complications of her case, Sue had recently undergone gastric bypass surgery, resulting in a 180-pound weight loss. She was worried that carrying a baby to term might not be healthy for her or the baby. When counselor, Cookie Harris, asked Sue to consider adoption, Sue didn’t think she could just “give away her baby.”

Cookie conversed with Sue for an hour, and learned that she was Catholic and didn’t really believe in abortion, but felt she had no other choice. When Sue left that morning, Cookie did not know what Sue’s final decision would be. Cookie prayed for Sue and for her baby’s life to be spared.

Two months later, Sue stopped by to visit Cookie at the Pregnancy Center. Cookie was overjoyed to hear that Sue had decided to keep the baby and had found out that she was carrying a baby girl! Cookie maintained contact with her during the pregnancy, offering her maternity clothes, assistance and encouragement.

Months later, Cookie was on duty on her birthday and received the best birthday surprise! Sue brought baby Cheyanne, (born four weeks premature), and her fiancé, Steve to visit!

“That was the best birthday present I could ever get,” announced Cookie. “I carried that little one’s picture in my cell phone for months following that day, to remind me how important our work at the pregnancy center is! Life had taken a turn for the better for Sue, as she now has a man who loves and appreciates her and her new baby!”

Cookie was at the pregnancy center a few months later when Sue crossed her mind. Cookie wondered how she was doing and what was going on in her life. Suddenly Sue called and said she was stopping by for a visit. Sue came in, accompanied by her mother, son, cousin and baby Cheyanne. They all spoke about how grateful they were for having baby Cheyanne in their lives. Sue’s mother summed it up best, “Look at what we almost missed out on!”

At Pregnancy Center North, stories like this are an affirmation of the work we do. The blessings go both ways. We pray that God will continue to connect us to the many special women and babies who touch our lives daily so that we in turn can make a difference in theirs.

Nineteen-year-old Miranda came to Pregnancy Center North with her boyfriend a few days ago. Her test was positive. She is nine weeks pregnant.

She’s almost completed her GED and works 9 hours a day as a cashier at a Home Depot, Miranda was not happy with the positive results of her test. When it comes time for her to start a family, she wants to be able to support herself and give her child a better life than she had.

Miranda’s mom had her sister when she was just 15 years old, and Miranda doesn’t want to go down that same path. She feels like her family would think she is going to end up just like her mom. Nobody has any faith in her.

Miranda had an abortion this time last year and she told herself that she would never make that choice again. She can’t stop thinking of who that child could have been and she began crying at the recollection of that day. She said she still feels the pain of what she did. She doesn’t want to make that choice again, but her circumstances haven’t changed.

Our counselor, Amy praised her for working full time and getting her GED. Amy explained how Miranda could obtain healthcare and how our Earn While you Learn program (EWYL) would educate her on prenatal care and parenting, as well as provide her with much-needed baby supplies.

Then Amy showed her the fetal models depicting a nine-week-old fetus. Miranda couldn’t believe what she was seeing. She asked so many questions, like: When does the heart start beating? Would it be possible for her to hear it? When does the baby start kicking? Does it really look this “real,” like the model?

Miranda explained that the abortion clinic never told her about the development of the baby. She was 15 weeks pregnant when she aborted last year. It was so surprising for her to see the truth in those baby models. Nobody ever told her that her baby had been so fully developed.

Miranda began smiling and said she actually felt excited. Amy told her she CAN carry, raise the baby and be a good mom.

On her exit survey, Miranda wrote that the best part about coming to PCN was that we “told her she can do it.” She had never heard that before, nobody ever told her.

Miranda left with a “little feet pin” depicting an 11-week-old baby’s feet, an appointment card for a sonogram and a smile on her face.

PCN Ministry is a registered 501 (c) (3) nonprofit ministry that is fully funded by individuals, churches, businesses, and organizations who want to provide this ministry to our community. Our Federal Tax ID number is 52-1724629. All contributions are 100% tax-deductible. 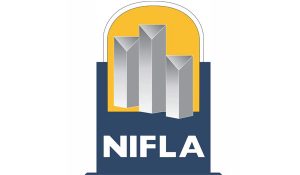 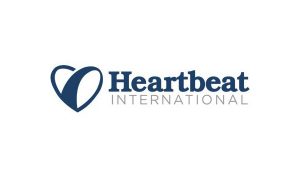 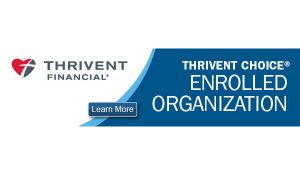